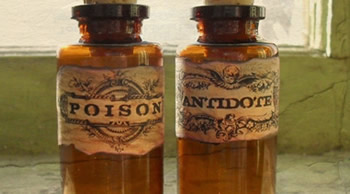 There has been much talk lately about how the vaxxed people are "shedding" and spreading disease (sometimes even death!) to the unvaxxed. Many have struggled with strong headaches, bruising and micro-clots... A lot of women have experienced unusual changes to their monthly cyles - from blood clots to heavy periods, menopaused women bleeding again, to miscarriages... Some men have also experienced weird symptoms, including unexplained rashes/hives and sudden symptoms of COVID... Even pets seem to sometimes be affected when their owners get the shot!

God or Big Pharma - Where is your Faith?

in Wisdom for Christian Living
Views: 43 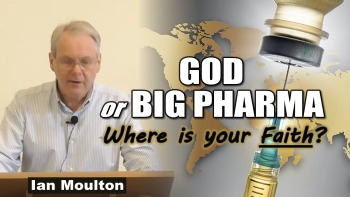 Where is your faith? Is it in God or Big Pharma? Here is a preacher who does not mince his words. Fasten your seatbelts and listen to the end. This video was banned from YouTube for a reason!

"But mark this: There will be terrible times in the last days. People will be lovers of themselves, lovers of money, boastful, proud, abusive, disobedient to their parents, ungrateful, unholy, without love, unforgiving, slanderous, without self-control, brutal, not lovers of the good, treacherous, rash, conceited, lovers of pleasure rather than lovers of God — having a form of godliness but denying its power. Have nothing to do with such people."
(2 timothy 3:1-5).

No Scientific Evidence Behind These Measures

in The World System
Views: 41 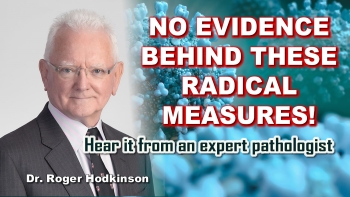 In this video, Dr Roger Hodkinson - a top pathologist - explains that there is no evidence behind all the COVID measures. These radical measures must end now and never be allowed to happen again! (Alberta, April 2021)

Dr Hodkinson, who previously called COVID-19 a hoax, is the CEO of Western Medical Assessments, and has been the Company’s Medical Director for over 20 years. He received his general medical degrees from Cambridge University in the UK, and then became a Royal College certified pathologist in Canada (FRCPC) following a residency in Vancouver, BC.

in Issues in the Church
Views: 54 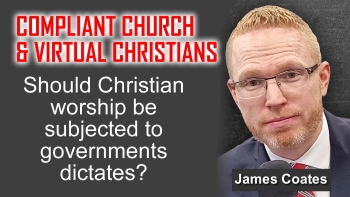 Pastor James Coates (in Alberta, Canada) was jailed for 5 weeks in February 2021 for keeping his church open. He was then released and the police set up 3 fences around his church building! But thank God, Grace Life Church still gathers in undisclosed locations each Sunday!

Here he explains that government lockdowns have led to the appearing of a new phenomenon in churches around the world: virtual 'gatherings'. But are these biblical? Can the Government dictate to the Church how it must worship or is this in opposition to the principles of Christ, the Head of the Church? 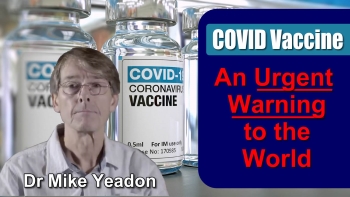 Yet another warning. Please heed the warnings!!!

Two of the experimental COVID gene-based vaccines have been paused or halted, and reports of clotting, stroke, anaphylaxis, miscarriage, Bell's Palsy, and a host of other neurologic and auto-immune disorders plague the others. And those are just the short-term risks.

Has all humanity been enrolled in a vast and unimaginably dangerous phase-three clinical trial without our informed consent? All for a disease that for the overwhelming majority of us is, officially, 99.7% or better survivable... if we even get it?

Dr. Mike Yeadon, formerly a Vice President and Chief Science Officer at Pfizer, believes the big experiment is well under way, and that the hypothesis it seeks to prove is as bold as it is terrible. 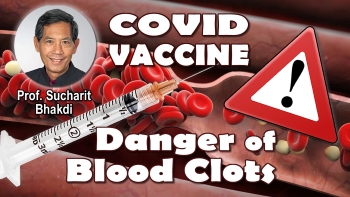 In February 2021, Prof. Sucharit Bhakdi (Professor of Medical Microbiology and Immunology) and a number of his colleagues warned the European Medicines Agency (EMA) about the potential danger of blood clots and cerebral vein thrombosis in millions of people receiving the experimental gene-based injections. Since then, two of the four injections have been suspended or recalled in Europe and the US for just that reason.

In this video, Professor Bhakdi explains the science behind the problem, why it is not just limited to the products already suspended, and why in the long term we may be creating dangerously overactive immune systems in billions of unwitting subjects.

The False god of Christendom

in Issues in the Church
Views: 58 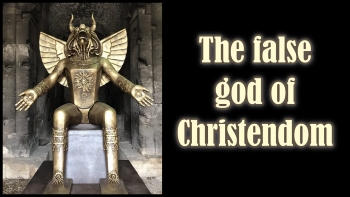 How did doctrines of devils sneak in among Christians despite all the warnings by watchmen over the past fifty years? This documentary presentation by Jackie Alnor identifies those demonic ideas from occult sources and traces them from there into the church, where they are white-washed to fool even the elect.

The remedy: Know the Word of God. Put Jesus first in your life. And look out for certain trends and buzz words. 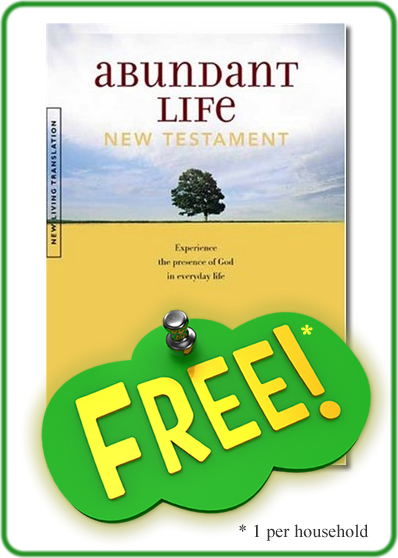