Do you Know your GMOs? 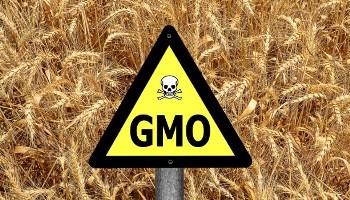 Once upon a time God created the world, a beautiful world... He made the seasons and provided us with the endless cycle of seedtime and harvest time. Like God said at the time of creation: it was good. This system of sowing seeds and reaping harvests was working well, allowing humans to grow various crops that were beneficial to their health and in harmony with their environment. And it went on for thousands of years, until one day... man invented genetic engineering!...

We are living in a day when our quality of life on earth that we usually take for granted is now threatened - and we are moving fast towards a global crisis, if not for us for our children and grandchildren. The life that we have always known and enjoyed up to now may pretty soon never be the same again. Yes, I believe it is that serious!

Genetic engineering is a process where scientists mainly take genes from one species and force them into the DNA of other species. The results are called genetically modified organisms or GMOs. This process introduces irreversible, permanent changes to the DNA of living organisms in order to produce genetically modified organisms that display specific desired characteristics (ie. Injecting the fluorescent gene from a jellyfish into a goldfish to get a goldfish that glows in the dark – it has been done!).

There is so much to be discussed about this topic, but here I just want to focus on (the scandal of) genetically modified foods. You will be aware that various types of GM crops, like soya and maize, are now cultivated all over the world (especially in the USA); and these crops are a threat to our health and to our environment.

These foods are also called “Frankenfoods” because even though they may look like real food – even nicer than real food in some cases – they are in fact mutant foods with a genetic code that was not intended by nature (and by God) but was fabricated by men. They look good on the outside, but they are “monsters” on the inside!

Studies on the impact of GM foods on laboratory animals show that they cause:

Obviously GM foods are not safe! Not only are they unsafe - they have been shown to be inherently dangerous. But ironically there is a push by major companies (who produce them) to make us believe they are safe.

These big corporations use their power to play God and to manipulate nature to accommodate their industry, and totally ignore the public’s safety and well-being. They produce GM seeds that are resistant to the strongest pesticides and herbicides. They get them patented and sell them to farmers who have to keep going back to them each year for new seeds. This is wonderful for the corporations’ business but what about public’s health? It is sad but science about the ill effects of GMOs has been overlooked or simply ignored by food regulation agencies (mainly in the USA).

The danger is not only in the fact that these GM crops are now being grown and commercially available in some countries, but also that there is a risk of contamination of traditional crops. This has already happened in some instances where non-GM crops have been contaminated by neighbouring GM crops fields. And once the GM DNA starts spreading, it is out of control and there is no telling where it could take us and how much of the food on our plate ends up being contaminated.

Studies have also shown that when we eat GM foods, our own DNA gets gradually modified. If our own genes change, then our children’s genes will change. The change is permanent and passed on to future generations! No one knows what kind of consequences this could cause...

Thankfully, as far as I am aware, most British retailers do not sell GM foods and if they stock them they must be labelled (this is also the case in Europe). But it is legal in the UK to feed livestock GM foods and large quantities of GM soya and maize are imported into Britain as animal feed (they are not grown in the UK). Unfortunately, it has been shown that GM foods can produce DNA changes in animals, as well as an accumulation of toxins in the animals and in their milk/eggs. This is why I believe it is essential today to only eat organic meat, as well as dairy and eggs. Organic (and pasture-fed) meat and dairy products remain GM-free fed, which is a relief. So as much as we can afford it, for our own safety and that of our children, let us buy organic – especially meat and animal produce for us in the UK.

Friends, we hear everywhere that allergies and food intolerances are on the rise; autism is on the rise; even retardation is on the rise... It is no wonder when we realise that the food we eat has been tampered with to the point that it has lost much of its nutritional value, and worse, it has become dangerous for us. Food is meant to nourish us and even work with our bodies to help cure us of many ailments. But what is happening today with our food is far from what our Creator intended.

Please watch this documentary about GM foods. Get the knowledge, let others know and stay vigilant! GM foods do not belong on our plates if we want to stay healthy.