The "Magic" of Witchcraft 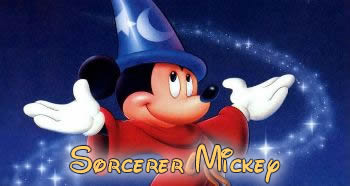 Does that sound like a pagan title? It probably does. Unfortunately these days it has become far too easy for children to be introduced to the world of witchcraft. They get access to various forms of the occult - including witchcraft - through the many media in their environment (TV, internet, consoles, music...). Today, we do not have to look for the occult, it is right in front of our eyes (and our children's eyes), whether we like it or not.

More and more kids and teenagers shows and movies are saturated with occult symbols, themes and practices. What used to be hidden is becoming more provocative and in your face. Sadly, children who are exposed to the occult so much on tv and in video games are getting very much used to it and desensitized to it. What used to feel scary and horrifying has now become normal and not a big deal.

“Awake, you who sleep, arise from the dead, and Christ will give you light.”
Ephesians 5:14 (MEV)

Parents, it is time to wake up! The enemy is out to grab our children and we cannot let this happen. His aim is to shape their mind from a young age and instill in them an attraction and a fascination for the things of darkness. Children are vulnerable and highly suggestible and therefore a great target for the enemy. His plan is to gradually sow seeds in them early in life in the hope of reaping a harvest as they grow up. As their interest for the occult is aroused early, they are more likely to act on it as soon as they get the opportunity to do so and then be bound and controlled by him. And the opportunity will come sooner than you think!

"Now the works of the flesh are revealed, which are these: adultery, sexual immorality, impurity, lewdness, idolatry, sorcery, hatred, strife, jealousy, rage, selfishness, dissensions, heresies, envy, murders, drunkenness, carousing, and the like. I warn you, as I previously warned you, that those who do such things shall not inherit the kingdom of God."
Galatians 5:19-21 (MEV)

Sorcery (or witchcraft in other versions) is clearly in the list of sinful practices that keep us out of God's Kingdom.

"...Who knowing the judgment of God, that they which commit such things are worthy of death, not only do the same, but have pleasure in them that do them."
Romans 1:32 (KJV)

By watching these things for entertainment, we are actually enjoying and taking pleasure in what God hates...

"I will set no wicked thing before my eyes. I hate the work of those who turn aside; it shall not have part of me. A perverted heart shall be far from me; I will not know anything wicked."
Psalm 101:3-8 (MEV)

Is this the cry of our hearts? For ourselves and for our children?...

Even without physically engaging in any occult practice, the simple act of watching it is very dangerous. The truth is demons are real and it gives them an open door to start tormenting children in many ways (including nightmares, night terrors, fears, panic attacks, obsessions, hearing voices, etc..) This is not a joke and should be taken very seriously.

I strongly advise anyone to please protect your children and do not let them watch any of these. Of course this list is not exhaustive and there are many more, but I cannot mention everything and I may not know all of them (feel free to mention other ones in the comments section below); so please be discerning and filter what your children are allowed to watch.

In addition to all the previously mentioned programs, I would add most Disney movies. I know that to many of us, Walt Disney movies are synonymous to safe family entertainment. However if we have a close look at what is usually portrayed in the Disney movies, it is far from safe and "family-friendly". Their movies are full of witchcraft - which they usually call "magic" to make it sound cute and harmless. Think about how many times spells are cast in Disney films, how many times objects fly/levitate through the air, how many times 'special powers' are summoned to solve the problems... Is this not sorcery? They are also full of subliminals and promote promiscuity - but that's another story...

Please watch the video below to find out more about the so-called 'wholesome family entertainment' provided by Disney.